About the New Album : ‘Lost in the World’

The « snake eyes » are watching you. After a first contact that seems friendly, Sakar will discover his first antagonists the Snake Eyes, a duo of charming and ruthless hunters. The hunt is on!

After arriving on land in the middle of the desert, Sakar is still confused and thinks he is on a friendly ground. But the reception is somewhat different.

This new opus, entitled “Lost in the World“, is a prequel to the band’s first eponymous album and sets to music the adventures of the quartet’s future avatar : Sakar.
The tracks follow one another to vibrate to the rhythm of the new emotions of a stranger through the meeting of hostile and colourful characters. New smells, sensations, emotions… everything is new for our stranger.

And you … Do you feel like you belong here or are you sometimes lost in the world?

NOTHING BUT REAL : NEW MERCH FOR A NEW ALBUM !

Every story starts somewhere but the trick is to know where it starts.

This new album is a prequel. It will introduce new characters through stories.

Nothing But Real debut Album : Like a therapy written in a quest for universality

This album with filmic introductions was sewn with storms and grace, groans and lead to skin flower.

We wanted to deliver the first of the name as an introduction. The 4 of us, maybe more, wanted to bring you in a visual universe and share emotions, stories, doubts, … You are welcome here !

Nothing But Real is a French hybrid rock band from Paris that was formed in July 2018.
The quartet is composed of Hanta (Lead vocals), Tom (Guitar/Backing), Eghan (Drums) and Victor (Bass).

Their influences are as varied as its members: alternative rock, electro, pop, fusion/hip hop, stoner and film music.

Nothing But Real was born from a first base on one of Tom’s projects, “Black Reed”. This project mixed electro/rock and cinematographic atmosphere. His intention evolved into the desire to create a visual and sonic universe to relay messages and emotions.

In a world where duality surrounds us, Nothing But Real develops opposing themes musically and visually : black and white, good and evil, love and hate, darkness and light… through some mysterious virtual characters in a manga/comic universe lead by Sakar, a black and white skinned alien who will discover human emotions. He is the avatar of the group and is the symbol of this duality.

Hanta becomes the narrator of the group’s adventures, thanks to her powerful voice and illustrated lyrics, supported by the energy and groove of Eghan and Victor. 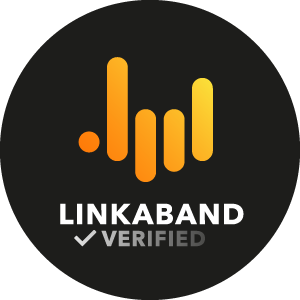 Scroll to top Scroll Up